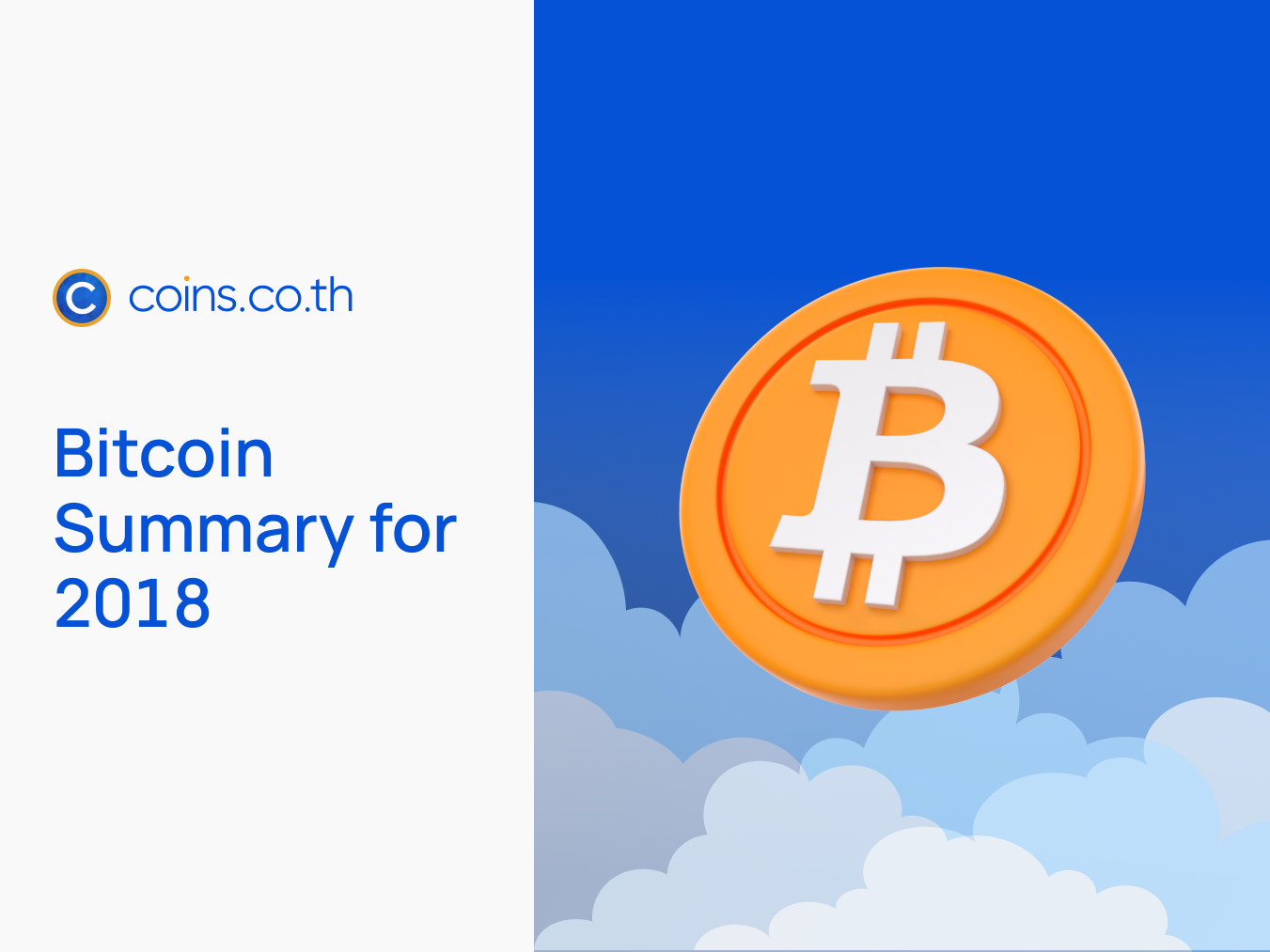 The year of 2018 has been a roller coaster for Bitcoin as it enters the Bear Market, unlike the glorious year of 2017. Major events for Cryptocurrency in 2018 consisted of unfavorable news of hacking and the indefinite postponement of the decision to approve the Bitcoin ETF fund. As well as, some news on the tightening of the Laws and regulation with Digital Assets in many countries, and the development of the lightning network.

Today, Coins.co.th will give a tour of the major events that affected the price of Bitcoin throughout the year 2018

Beginning in 2018, prices of Bitcoin became volatile in the entire history of digital currency, since the $20,000 jump from the previous year, as the price fell by more than 50% in January. This resulted in the bloodbath of the digital currency market.

Westerners proposed that there must be Laws and Regulations to govern Cryptocurrency as soon as possible. Led by the French and German ministers and the US that want to push the agenda into the #G20 meeting that took place in March. As for Thailand, The Bank of Thailand (BOT) issued warning that there was no legal guarantee, and to be careful when making transactions.

March – Begin of the Bear Market

As for March, market conditions were poor as they entered the Bear Market, due to a variety of events. Firstly, Poland requested details of all transactions and customer data from companies that provide digital currency exchange services, resulting in many investors and Bitcoin miners to become satisfied, which reduced the number of transactions.

Price started to rebound, resulting in the increase of the market value of Cryptocurrency by 72% from $250 million to $430 million. Some cryptocurrency more than doubled its value.

Shortly after the price rebounded in the previous month, the Price of Cryptocurrency fell again. The price of Bitcoin dropped to $7,500, as expected of many investors since the price rose sharply in April, which was expected for it to fall in the same manner. As for Thailand, the Royal Decree was issued for Digital Asset businesses, pointing the Crypto market to a positive sign.

Major News in May

Bithumb, the main Korean Cryptocurrency trading center was hacked for more than $30 million. However, there were still some good news when Facebook announced the revoke of the ban on  Cryptocurrency Ads.

What are you waiting for?